Carrie Underwood and Mike Fisher have been together for a decade and continue to prove why they’re relationship goals.

The longtime couple recently opened up about their marriage on I Am Second‘s digital series, Mike and Carrie: God & Country.

In fact, the country singer shared that she “never” saw herself being with a guy like Mike.

“Well he grew up hunting and being outdoors, and it’s a big part of his life. I grew up on a cattle farm, and I went the other way,” Carrie expressed in the video.

“I don’t eat meat and do my best to not buy leather things. I love animals, I love life so much that I always swore I would never marry a hunter… not in a million years,” she added. “We just differ drastically. We learn from each other and we have [discussions] about things we disagree on but at the end of the day, we love each other very much.” The retired NHL star pointed out that their faith is something that brings them closer, no matter how opposite they are in some areas.

“That’s where our faith comes in, too. It’s kind of that center ground, where that’s the most important thing in anything,” Mike shared. “I know your heart, and I know my heart.” 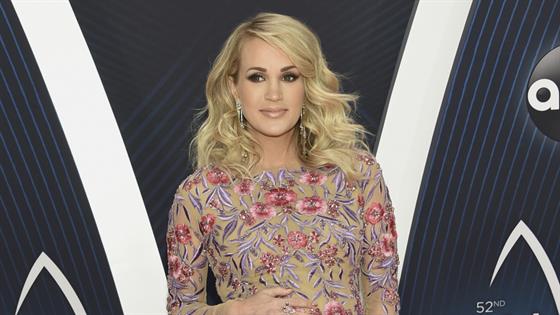 Moreover, Carrie revealed that she never saw herself “getting married or having a family,” which was the complete opposite of the 39-year-old pro athlete.

“I grew up with three other siblings and I had a great mom and dad. I think that I just wanted something like,” the former hockey player said of his plans to settle down and have a family. “I wanted to be the best dad, to be like my dad and have a wife like my mom, have kids and [live] in the country.”

He added, “I got everything and more than I dreamed of to be really honest.”

Of course, the country star has not only been married for 10 years, but she and Mike are the proud parents to two sons: Isaiah Michael Fisher (5) and Jacob Bryan Fisher (1).

If anything, Carrie explained that her whole world changed when she had her first baby. Despite feeling like she wasn’t a “baby person” before, she said the moment she gave birth she was “in love.”

“You’re gonna cry, then I’m gonna cry,” the 37-year-old songstress told her husband, after he gushed over their first-born.

To see the full episode, and hear more about Carrie and Mike’s relationship, how their romance started and more, you can watch the clip here.