UPDATE: NASA’s SpaceX launch will not go on as planned after all. Citing unfavorable weather conditions, the astronauts will reconvene on Saturday, May 30 for a scheduled takeoff at 3:22 p.m. EST.

Wednesday, May 27 marks NASA’s history-making Demo-2 mission, where two astronauts will be launched to the International Space Station for the first time since 2011. This time, however, they will be aboard the Crew Dragon, a privately-owned spacecraft.

Done in collaboration with Elon Musk‘s SpaceX which was founded in 2002 with the goal of reducing space transportation costs to enable the colonization of Mars, the expedition will be the first time that a commercial aerospace company has successfully carried humans into Earth’s orbit, a milestone that NASA has waited nearly a decade for.

Curious to know more? Keep scrolling to get all of the details on this historic mission:

Astronauts Bob Behnken, 49, and Doug Hurley, 53, are preparing for the expedition, which will make them the first United States astronauts to launch to the International Space Station since NASA retired its Space Shuttle Program in 2011. 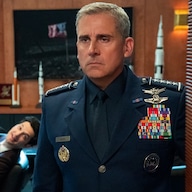 Why is this so historic?

If successful, Demo-2 will mark the first time that a privately developed spacecraft will launch humans into Earth’s orbit. NASA says it must carry on with the mission in order to keep the International Space Station, a giant orbiting laboratory, fully staffed with US astronauts.

"We are not going to launch today."

Due to the weather conditions, the launch is scrubbing. Our next opportunity will be Saturday, May 30 at 3:22pm ET. Live #LaunchAmerica coverage will begin at 11am ET. pic.twitter.com/c7R1AmLLYh

Where is this happening?

Liftoff will take place at Florida’s Kennedy Space Center from “Pad39A,” which has had its fair share of historic liftoffs including the first moon landing in 1969. Weather permitting, the launch is expected to happen at 4:33 p.m. ET, but there have been tornado warnings in the area that could delay the expedition. If so, NASA and SpaceX will attempt the launch again on May 30.

How will COVID-19 affect this?

NASA and SpaceX have decided to carry on with the mission despite the current global crisis. Before liftoff, Behnken and Hurley were being held in a quarantine area to ensure a healthy and safe expedition. Once suited up, the duo said gave their families air hugs as they said goodbye and headed to launch pad.

Musk, Vice President Mike Pence and NASA Administrator Jim Bridenstine will be on hand to watch them embark on the mission. According to CNN, Bridenstine said that he hopes the historic mission will be an uplifting moment for the public amid the pandemic.

Kelly Clarkson was part of the history-making livestream and performed a moving rendition of “The Star Spangled Banner” remotely from her home.

[Verse]
Yeah
My mind state feel like the crime in the summertime
Higher than average
Lot of cabbage
Thank God I never abide by the established
Guidelines that keep niggas inside of fabrics
Commissioned by the state, I skate by the masters
Like “Yoo-hoo” with a new-new ridin’ passenger
Shout out Oak Cliff, I’m ’bout to fly to Dallas
Decade from now I might just buy the Mavericks
What up, Mark Cuban?
I am only part human, half-man, half-amazing
Plus I’m good at math like I’m Asian
Hate to use stereotypes, but that’s light compared to what a nigga get from Caucasians
No race-baitin’—treat the beat like Playstation
Reporting to you live from the International Space Station
I probably vacation on Mars
The flow is out of this world and so is the bars
Blow the facade right off of your squad
Lil’ rappers, I love you, but you ain’t shit ’til you got offers in Prague
Look that shit up
A book, nigga, pick that shit up
Expand your vocab
I’m giving out toe tags for no cash
All summer long plus three seasons after
Please CC a rapper, tell him meet me
It’s absolutely imperative that my heat speak to rappers
The problem with this game is this weak sea of rappers
I’m the answer on the low, I’m a cheat sheet for rappers
I came up ’round AC to DC adapters
Plug talk, what I’m really sayin’ is a shame but my niggas move ‘caine like HBCU Kappas
Whole town full of CC Sabathias
You think niggas gettin’ fat pitchin’ crack?
Not really
This is not the eighties, don’t be silly
Now we push pills and sell heroin to Billy
Now Billy momma want the judge to pardon his addiction
How many black addicts that got caught up in the system
With no sob stories on your prime time television, I can smell a blatant contradiction
Man, listen
Don’t want to fuck up my vibe
Let’s end it on a positive note, come see me live
KOD, album of the year, undebatably
My cadence be the greatest we’ve seen since the late MC who’s name was The Notorious
Dreamville stacked like the Warriors
Winning back to back
Next up to bat is my nigga Bas
After that Jiddy-J.I.D
That’s that New York City kid plus ATL
Me, I’m from the ‘Ville but I know them towns well
Before I had a deal I was givin’ niggas hell
Now I’m givin’ niggas deals and they givin’ niggas hell